Military working dogs are a staple in America’s history. They serve alongside military who serve and protect our country. Zignature is honored to have donated food for these four-legged heroes who work tirelessly around the clock to keep us safe, and also for police dogs and service dogs aiding retired military veterans. On August 2, 2019, Naval Base Ventura County in conjunction with the United States Postal Service (USPS) hosted the Military Working Dogs Commemorative Forever stamps Special Dedication Ceremony in honor of the USPS creating forever stamps to honor military working dogs.

The Forever stamps, now available nationwide, reflect the military working dogs who hold a wide variety of roles, serving alongside all branches of the military. The breeds illustrated on the stamps are German shepherd, Labrador retriever,
Belgian Malinois, and Dutch shepherd.

With 2,300 military working dogs serving today, the process of selecting handlers for these special dogs and getting accepted into the training program can be difficult. “It was such an honor to be selected among the few,” said Navy
Veteran and K9 Handler Krystal Tronboll who has adopted 18 military and law enforcement dogs since 2008.

When it came to the USPS creating a forever stamp to celebrate the sacrifices military dogs have made, Tronball said this moment is the highlight of her career. “This represents my career and one of the best parts of my life,” said Tronball.

Being a handler for a military dog certainly isn’t an easy job. When it comes to bonding with a military dog and earning their trust, it can be a long process. “When that dog accepts you, it doesn’t work the other way around. When that dog finally
accepts you, then you’ve got a bond,” said Marine Corps Vietnam Veteran and K9
Handler Jon Hemp who was a Sentry Dog Handler and served 13 ½ months during the Vietnam War.

He also added that he had the best dog who walked on the planet and said there are people who would challenge that, said Hemp. His job was to patrol the permeator of a site of what they were tasked to watch.  They had to patrol anywhere from 10 to 40 acres with one dog. They were considered the night vision and trained during the day.

“The timing of this stamp is really incredible for me personally,” said Hemp who also added that he had three incredible military dog partners who were very loyal to him
during his time of service. “If you are a dog walker in today’s military, I salute you,” said Hemp.

“We never thought we would see the day that the artwork was approved for a war dog stamp that would actually be a reality, but I thank the United States Postal Service because that’s my dog on that stamp,” said Hemp who said the Marine Corps allowed him to adopt a military working dog name Contor H053,  a drug patrol retired from Camp Pendleton in
2010.

It goes without saying these brave military working dogs play an essential part of America’s armed forces. They have worked alongside soldiers in World War I, World War II,  the Korean War Vietnam War, and the Afghanistan and Iraq wars. Click here for more information and to purchase the Military Working Dogs Forever stamps.

To learn more about Zignature’s Giving Back initiatives, click here. 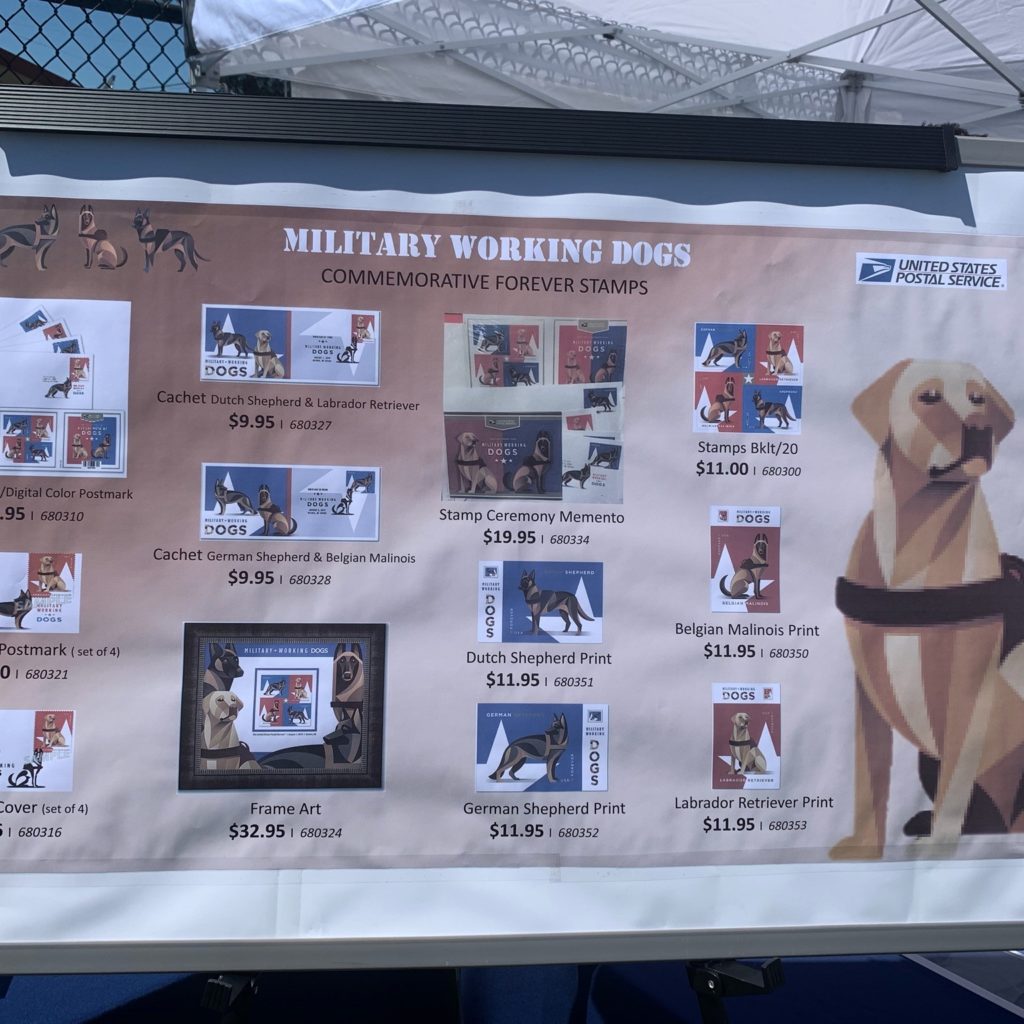